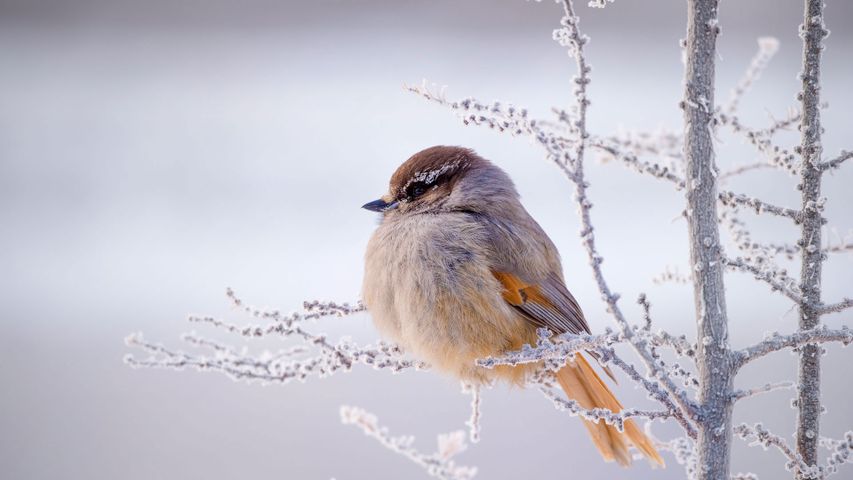 It may be cold outside, but this Siberian jay looks quite cosy. Our little friend was photographed in Siberia, on the Putorana Plateau, a remote arctic ecosystem that’s also home to the world’s largest herd of reindeer. Putorana translates as ‘the country of lakes with steep banks’ in the language of the Evenks – one of the indigenous peoples of the Russian Far North – and this region has more than 25,000 lakes to its name. This time of the year, they’re more like ice rinks.