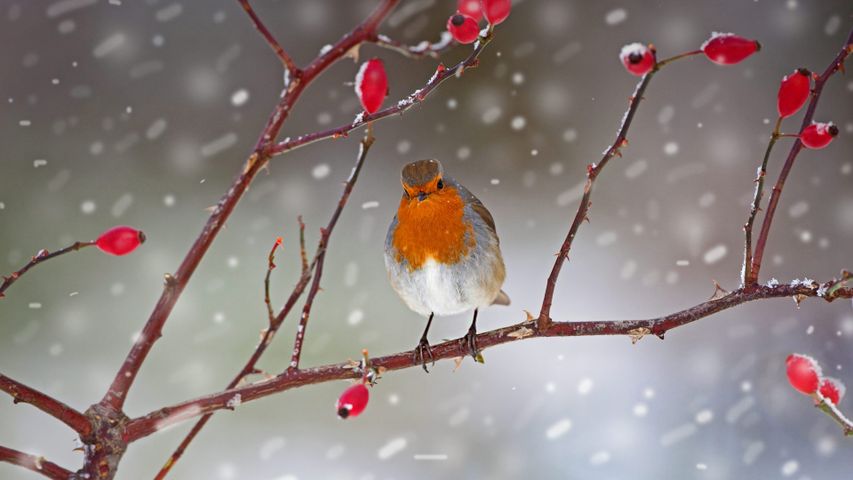 This robin looks cosy on its perch here amid the falling snow in Norfolk. The charming bird has been associated with Christmas in Britain since Victorian times when postmen in red uniforms – called ‘robins’ – would deliver Christmas cards. These days the robin is regularly featured on festive decorations and the songster remains a year-round favourite. In 2015, Britons affirmed their affection when they voted for the species to become their national bird.