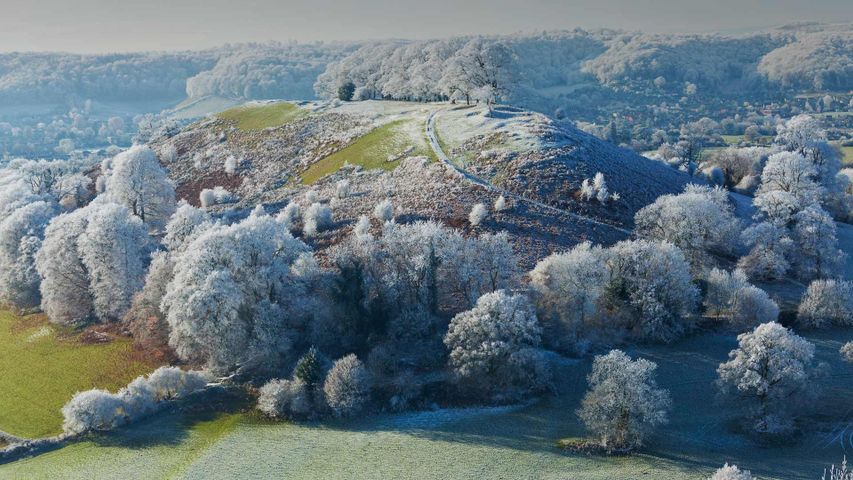 Marked by a row of trees at the summit, Downham Hill lies just to the west of Uley, a quaint Gloucestershire village situated in a wooded valley in the Cotswold escarpment. It is known locally as 'Smallpox Hill' because of the smallpox isolation facility that stood on the top of the hill during the 18th and 19th century. It is believed to have been one of the earliest isolation hospitals in the country and possibly played a role in Edward Jenner's studies of the disease.