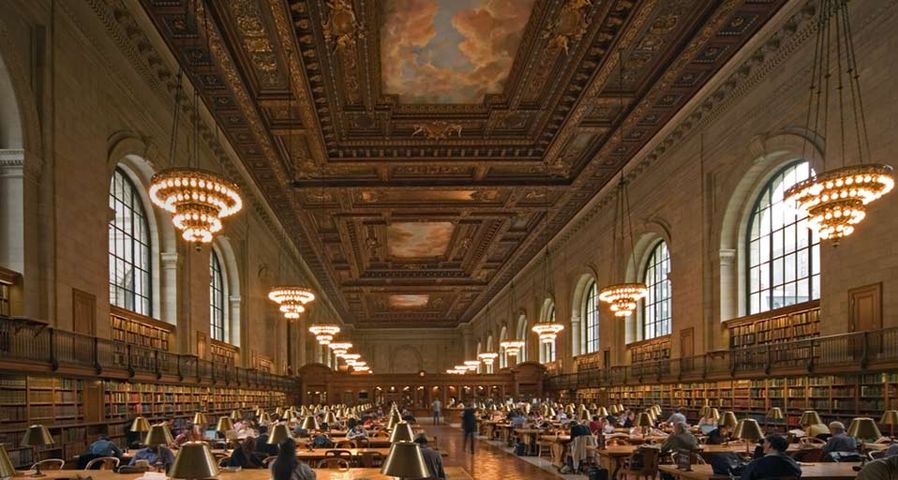 Today we’re inside the Rose Main Reading Room, which is part of the Stephen A. Schwarzman Building – commonly known as the New York Public Library – on Fifth Avenue and 42nd Street in Midtown Manhattan. The rectangular room is almost the length of a football field and first opened to the public with the rest of the library in 1911. The building is one of the greatest examples of Beaux-Arts style architecture in the United States and has become a major New York landmark. It has featured in many films, including 'Breakfast at Tiffany's', 'Ghostbusters' and 'Spider-Man'. The Rose Main Reading Room, which is located on the third floor of the building, closed for renovation in May 2014 after an ornamental plaster rosette fell from its 16-metre-high ceiling and crashed to the floor. The room reopened just over two years later.

The March on Washington for Jobs and Freedom, August 28, 1963