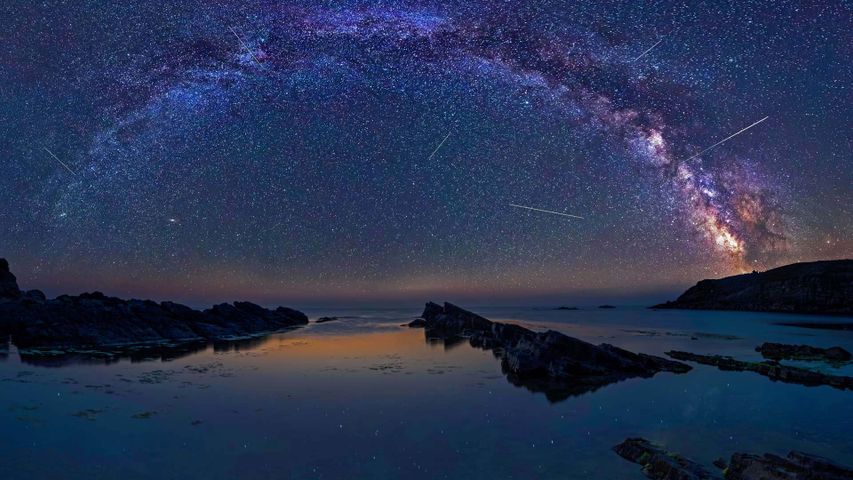 We can’t all gather on the southern Black Sea coast of Bulgaria to watch the Perseid meteor shower tonight, but perhaps this amazing photo from that location will inspire you to head outside for a look at your own skies. Every August, debris from Comet Swift-Tuttle enters the Earth’s atmosphere, creating the ‘shooting stars’ of the Perseids. They can be seen all across the sky but are primarily visible in the Northern Hemisphere because of the shower’s radiant in the constellation of Perseus, named after the Greek mythological hero.

The monastery of Panagia Hozoviotissa on the island of Amorgos, Greece