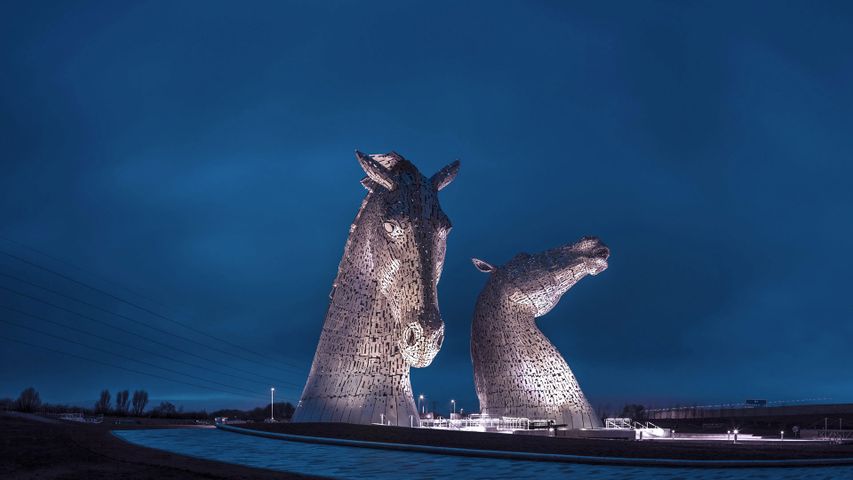 The world’s largest equine sculptures, the Kelpies, were built in 2013 in Falkirk as a tribute to the country’s horse-powered heritage. Designed by sculptor Andy Scott, each one is 30 metres tall and weighs 300 tonnes. They’re named for the kelpie spirits of Scottish folklore – shapeshifting water creatures that favoured the shape of a horse, but are known to take human form. These spirits aren’t nice. Scottish poet Robert Burns wrote about their dark intentions in his verse Address to the Deil.