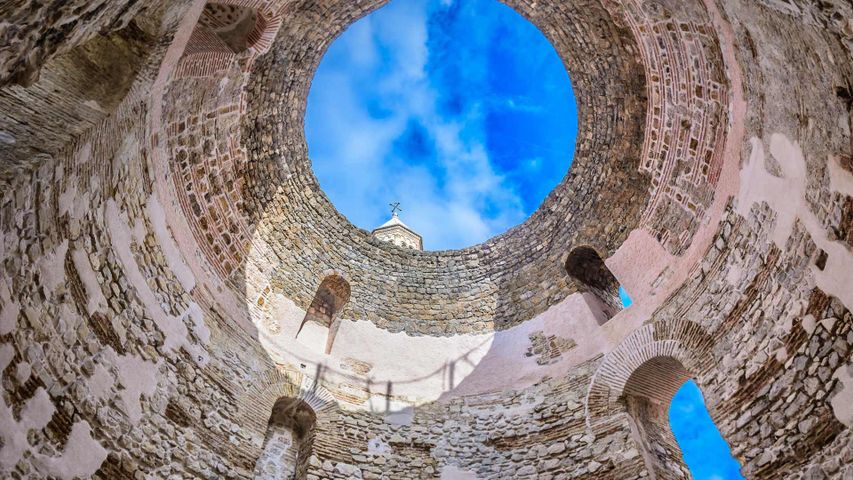 You’re looking at the view from the Vestibule inside Diocletian’s Palace, an ancient landmark in the city of Split, Croatia. Built in the early 4th century, the building served as the beachside retirement home for Roman emperor Diocletian. As much a fortress as a palace, it also housed Diocletian’s military garrison. Built mainly of limestone and marble, the palace also features Egyptian granite columns and originally contained several 3,500-year-old Egyptian sphinxes, three of which remain today. Look familiar? The site was a filming location for the fourth season of Game of Thrones.