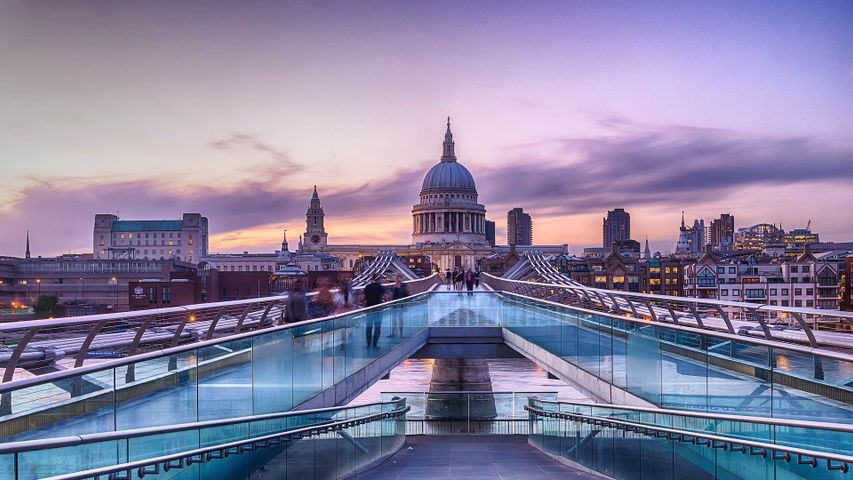 Perfectly aligned to create a terminating vista of the south façade of St Paul's Cathedral, the Millennium Bridge was London’s first new Thames crossing in more than a century, but things got off to a rocky start. The 325m-long footbridge, which links St Paul's on the north bank with Tate Modern and Shakespeare's Globe in Southwark, was originally opened by the Queen on 10 June 2000, but days later it was forced to close as the structure began to sway in the wind under the weight of thousands of visitors. It reopened nearly two years later following a £5m repair programme and is still affectionately called the “wobbly bridge” by Londoners.