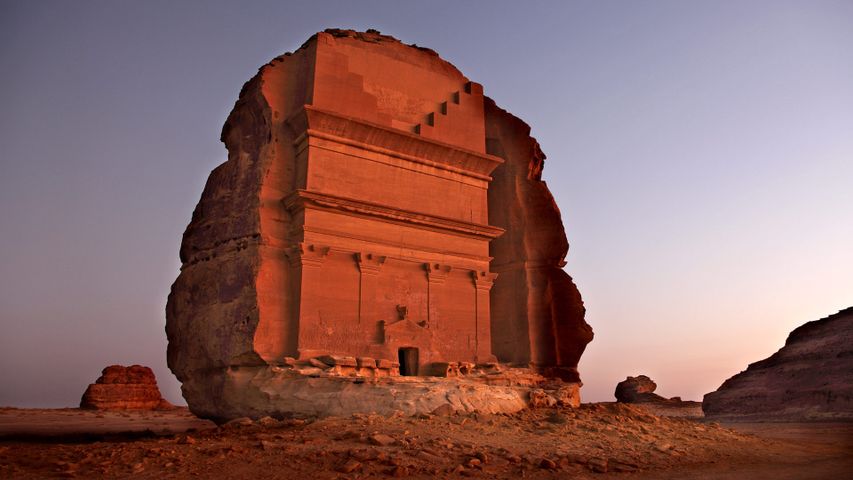 This is Qasr al-Farid, or ‘Lonely Castle’, the largest of some 100 tombs here in the ancient Nabataean city of Hegra, now known as Mada’in Saleh. This site in Saudi Arabia is considered an archaeological treasure for its well-preserved remains dating back nearly 2,000 years, when the Nabataean Kingdom flourished by trading incense, myrrh and spices. While this particular tomb was never completed, its four-storey size indicates it was intended for someone wealthy and powerful.