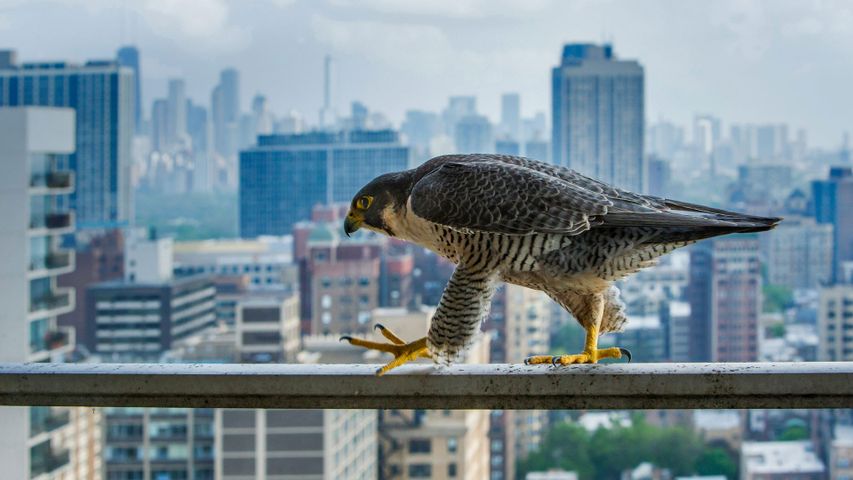 This globetrotter walking across the rail of a balcony in Chicago, United States, is the world's most widespread bird of prey, with a breeding range extending from the Arctic tundra to the tropics. It can be found almost anywhere on Earth, with the exception of Antarctica and New Zealand. A peregrine falcon may be ‘merely’ crow-sized, sure. But tell that to the pigeons, ducks and other birds that are on the menu for peregrines. They’re such good hunters, humans have used them in falconry for centuries.